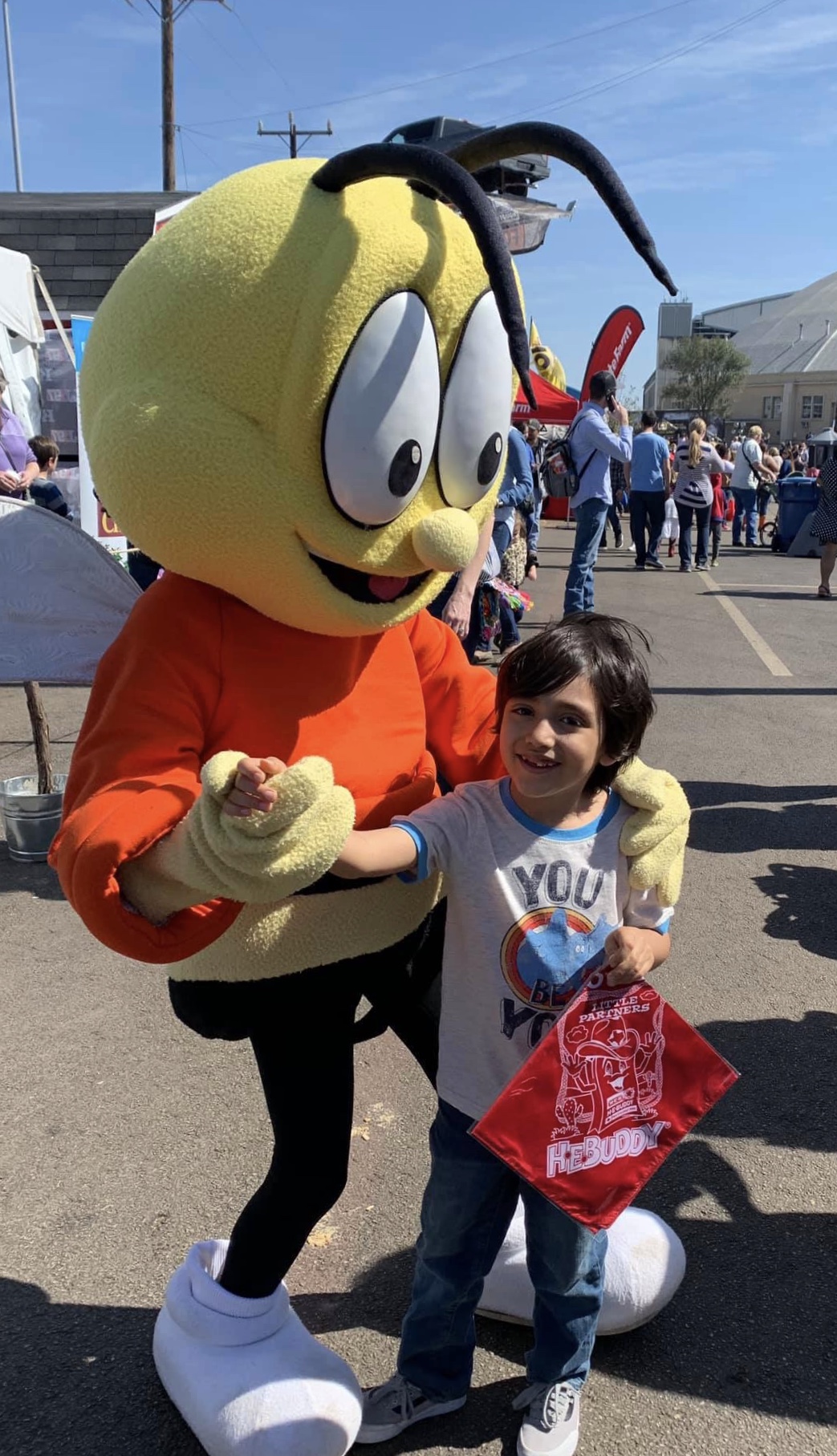 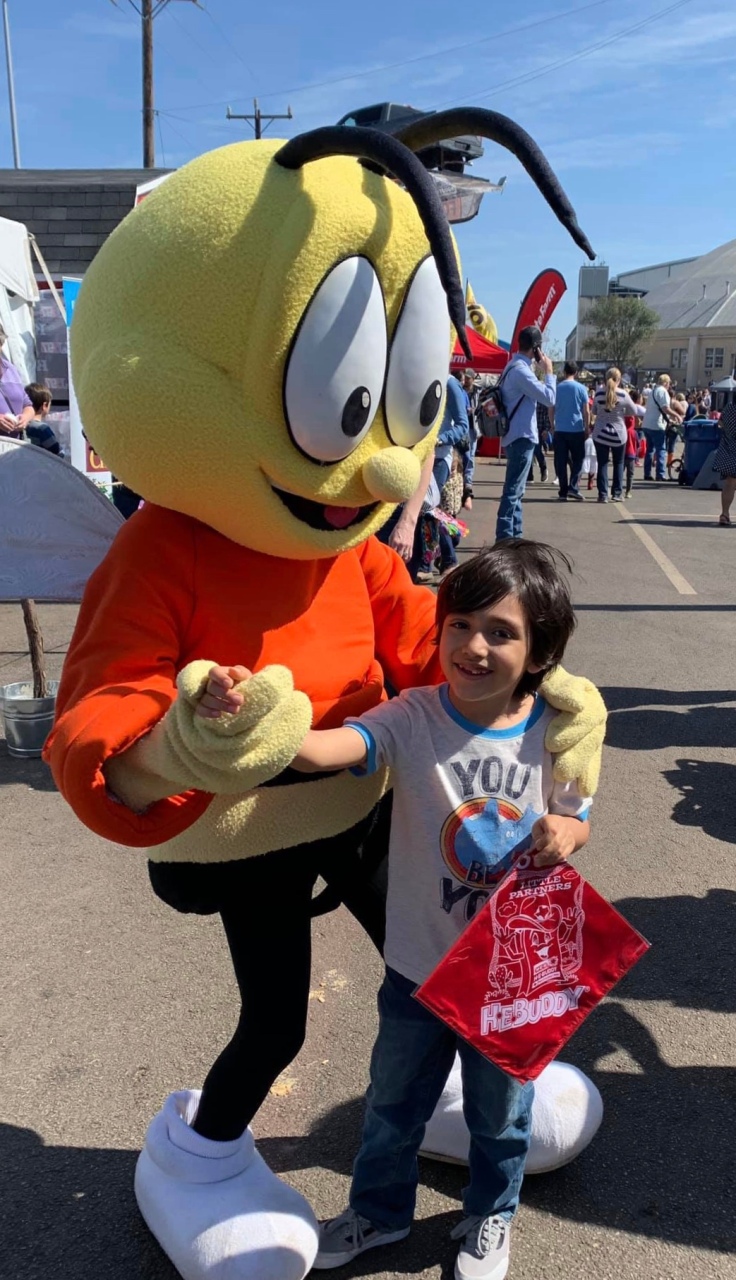 Having a child with Autism leaves you in a constant state of emotional limbo. My emotions can go from beyond ecstatic to bottomless pit of hopelessness in a single day. For the most part, I am endlessly hopeful and look forward to every day with Nico, knowing that he is going to blow my mind with some new, amazing action, sentence, or feat. This was how I woke up on Sunday…super pumped and looking forward to what the day had in store for Nico! After all, we were going to have two new experiences today: the San Antonio Rodeo and Nico’s first ever dance class. Excitement and nervous anticipation were in the air!

We love being able to spend time with our family so we were going to the rodeo with my cousin and her children. These are Nico’s best buds and I love that he is so close with them. They also serve as a security blanket for me so that Nico doesn’t have to experience certain things alone. We never know how Nico will do in public settings, although he has grown immensely over these last 3 years, so we plan our escape routes way in advance. We make it a point to always try new things with him so we piled into the car and were off to the rodeo! Yee-haw! It’s so comical because I am such a city slicker still. We stuck out like sore thumbs without our cowboy boots and hats, but we couldn’t wait to be a part of it all.

As predicted, Nico was not very interested in what the rodeo had to offer. He pet a few pigs, looked as interested as someone watching paint dry as we moved from farm animal to farm animal, and basically humored my husband and me as we fanatically pointed out all the sights and sounds of a real-life rodeo. I was proud of Nico for being so good, so content. I was happy that we could experience something new with our family. But, with every new experience comes some sense of grieving.

I have grieved the childhood I wanted for Nico since we got his diagnosis. I feel envy and longing every time I see another child enjoying something Nico struggles with and I can’t help but feel a sense of disappointment and frustration. ” I WANT THAT FOR MY KID” runs through my head constantly. This was what I experienced, yet again, at the rodeo when I watched all the children around Nico having fun, focusing intently on the next move the cow was going to make, running aimlessly around from attraction to attraction, and the way they ran to their parents to give them a play by play of what they just witnessed/experienced. Nico didn’t care about the petting zoo, he went through the motions as we participated in an agricultural activity, and he definitely had no feelings of FOMO (have no idea how he did not inherit the family FOMO gene, like his parents) as his cousins galavanted from one exciting site to the next. All he longed for was to sit and read his books on his iPad.

The one shining moment was when he walked right up to the Honey Nut Cheerios Bee all on his own and hugged him! It was surreal. It jolted me out of my state of grief just long enough to snap the perfect picture of him. My son actually looked at the camera! The day was not lost! We left shortly after that; I wanted to end it on a high note.

As we drove home, I teared up (turning my head towards the window so as to not concern my husband) instantly. I was holding it in so fiercely towards the end. I was sad, jealous, angry, and feeling so hopeless. I kept playing scenes from the rodeo in my head of other parents sulking when their kids were lingering too long at a pigpen, begging to get on another ride, or giving a play-by-play of what they just saw. I wanted to shout: “Suck it up, buttercup! You have no idea how lucky you are!” My husband and I would die if Nico simply told us he had fun at our outing in his own words with no prompting. In the same sense, I was working so hard to focus on the amazing picture we got of Nico and the fact that he had no meltdowns while we were there! It was truly a bittersweet experience.

Now, fast forward to the evening. It was Nico’s first dance class and I knew this experience would make up for all of the melancholy earlier. Nico walked in and as soon as he saw the expansive dance floor lined with mirrors he knew he was “home.” He immediately ran out to the middle of the floor and started doing his thing, watching himself intently in the mirror as he moved effortlessly from end to end. Nico truly is a hambone! A natural performer!

The organization that we joined is called Kinetic Kids–www.kinetickidstx.org–and they host various sports and extracurricular programs for students of all (dis)abilities. When my husband, my father, and I walked in to the studio that evening we also knew we were “home” because we were surrounded by other families with special needs children. I smiled from ear to ear the whole evening as I watched Nico take part in his first dance class. I caught myself itching to be a “dance mom”—cueing him to smile, mimicking the moves so as to give him further direction, and envisioning a life backstage as a member of his entourage while he travels the world with an A-List musician, like JLo or Justin Timberlake. Yep, my mind moved fast…can you blame me?

As we drove home from dance class, I silently scolded myself for being so bummed about our rodeo experience. Who cares that Nico didn’t care about the rodeo! So what? He just had a blast at dance class because that is what he is interested in. It’s all about finding what he is interested in. I stared at Nico as we drove home with such pride in my heart. I was so giddy thinking about all of the doors that dance could open for Nico as he grows up. It reminded me of a recent story I read regarding a dance troupe made up of all young men on the Autism spectrum. The mother of one of the young men talked about how dance had transformed her son in so many ways and made him more comfortable in his own skin. Nico has always loved music. I am convinced that that love was threaded into his DNA and cemented in the womb because music and dancing are such instrumental parts of my husband’s life and mine.

Nico has always loved dancing with us. One of the first words Nico ever said was “baila” (dance in Spanish) and it was followed by him holding his hand in the air for one of us to swoop him up in our arms and dance around the room with him. It broke our hearts when Nico stopped using words around 18 months because he wasn’t saying “baila” anymore and we thought he may never say it again nor understand how much that word and those actions which followed meant to all three of us.

However, I think we have come full circle in our quest to “BAILA” again! This journey back to dance is truly bittersweet, much like how our journey through the world of Autism has been. I know I will continue to have moments of ear-to-ear smiling and silently tearing up in the car after a tough day, but that’s life for everyone. For now, I’m gonna just jam out to “Can’t Stop the Feeling” by Justin Timberlake. It’s one of Nico’s dance class songs and, honestly, it sums up perfectly what life is like being an Autism mom. We’re filled with bittersweet, achingly deep feelings everyday for our kiddos and so we just have to let them flow and know that we’re all in this together! Basketcases UNITE!

One thought on “Bittersweet”

Our Adventures to Date! Select a Month:

Catch Up on Our Adventures

Read it in your home language!

Cooking is MY Therapy! Join me!